Piecing together a life from the archives - the story of Emmie Turrell, a retired nurse from Sheffield

In April this year, retired nurse Emmie Turrell (nee Charlesworth) will gather with her family at her home in Adelaide, Australia to celebrate her 100th birthday. She will also receive an unusual birthday present all the way from Sheffield some 10,000 miles away – her nursing examination results (which she hasn’t seen in over 75 years). 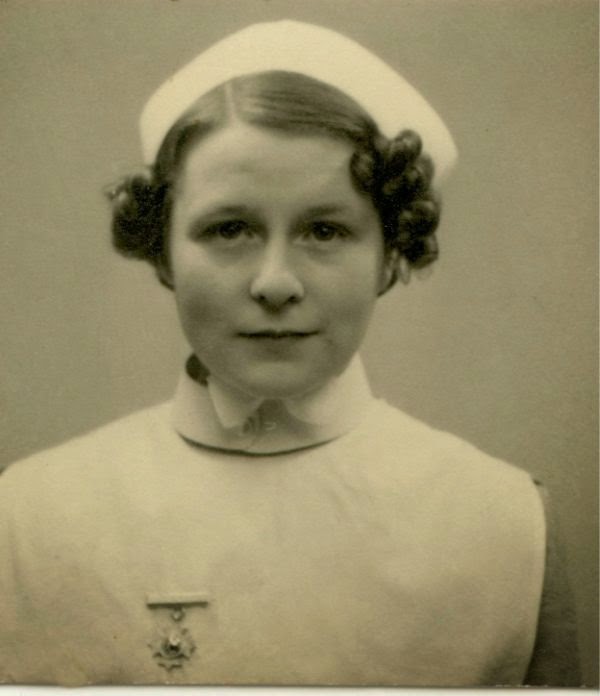 Emmie’s exam results, which saw her win the ‘silver medal’ for the second highest performing student nurse at the Sheffield Royal Infirmary, came to light at Sheffield Archives following a recent request from Emmie’s daughter (who also lives in Australia). Emmie’s daughter wanted to know if Sheffield Archives held anything of relevance to Emmie’s time at the Royal Infirmary which might help her to piece together a timeline of significant events in her mother’s life to celebrate her 100th birthday.


Emmie was born in Horbury, Yorkshire on 5th April 1915. She left school at 14 and later trained as a fever nurse in Hull before coming to Sheffield Royal Infirmary to train for her nurse’s state registration. She won the ‘silver medal’ at the Royal Infirmary in 1939 (Emmie is pictured wearing her silver medal). A nurses’ examination book held at Sheffield Archives dated 1930 - 1945 preserves Emmie’s silver medal-winning results. The book lists the ‘Order of Merit’ for the nurses for each year and details the scores each nurse achieved across different nursing disciplines. The book shows Emmie Charlesworth in ‘silver medal’ position and also records how her medal was presented to her on 11th December 1939 by Sir Ronald Matthews (1885 - 1959), who was formerly chairman and managing director of the Sheffield steel firm Turton Brothers and Matthews, and a former master cutler, who later became chairman of the London and North-Eastern Railway and deputy chair of the Independent Television Authority. 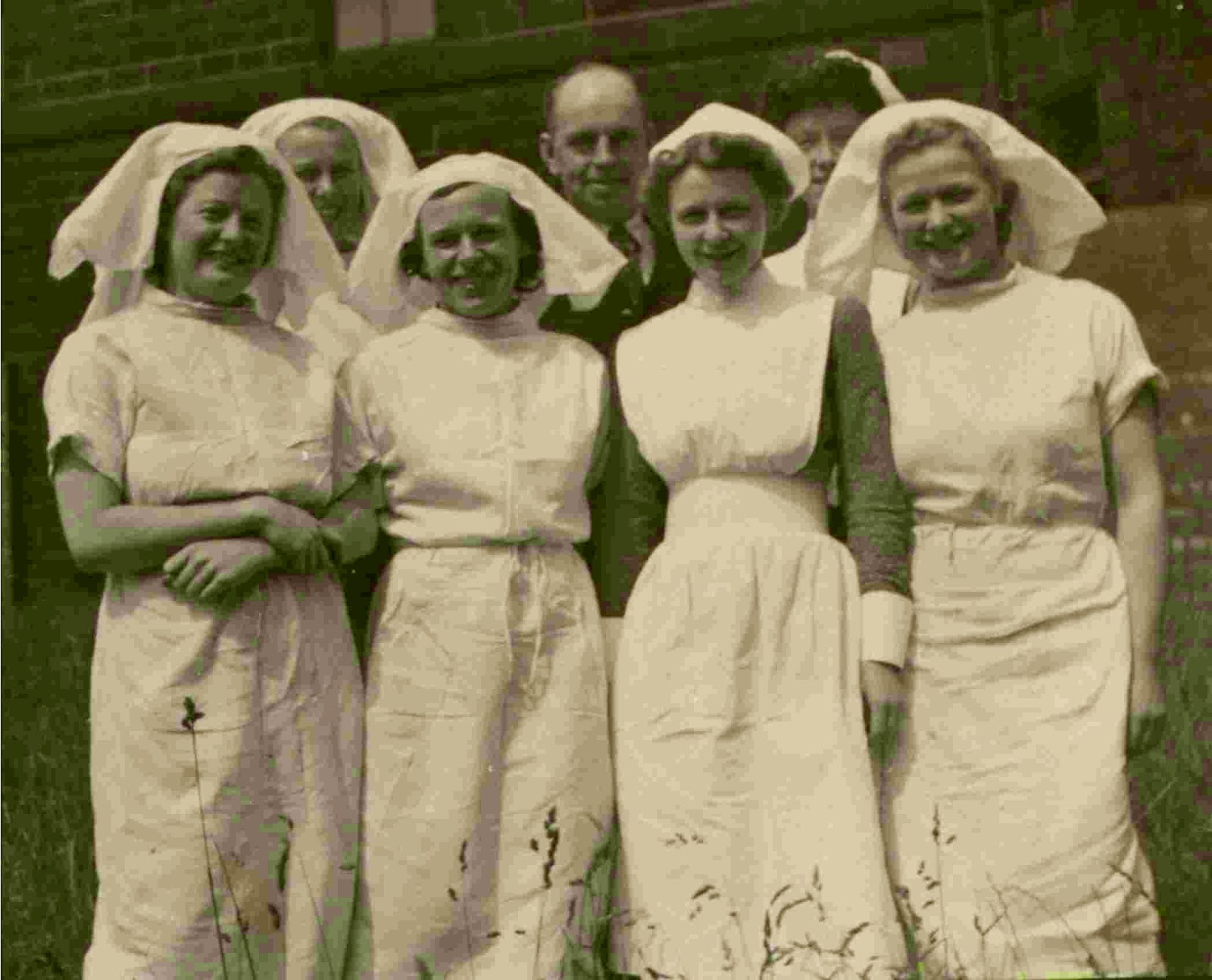 From her home in Australia, Emmie’s daughter has already been able to show Emmie various historical pictures relating to Sheffield Royal Infirmary, courtesy of the Sheffield Archives and Local Studies Library online historical picture website www.picturesheffield.com, which have rekindled many happy memories of Emmie’s time as a nurse in Sheffield. Emmie spotted one picture of her old nurse’s home on the Picture Sheffield website where the bedroom window of the ground floor room she used to share with fellow nurse Nellie Davies (nee Beatson) was visible. She recalled how she and Nellie used to leave this window unlocked so that their nurse friends could climb in if they returned late past curfew after evenings’ out (and therefore avoid incurring the wrath of the notoriously strict Matron Bowling!).


After completing her training, Emmie became a theatre sister at the Royal Infirmary where she nursed throughout the Second World War. Emmie is able to recall harrowing stories of the Sheffield Blitz of December 1940, including continuing an operation as the bombs fell (even, at one stage, when the operating theatre windows were blown in by a bomb which landed just outside!).

Emmie left Sheffield when she married Arthur Leonard (Len) Turrell in Crofton, West Yorkshire in 1946, but she returned to attend every Sheffield Royal Infirmary nurses reunion right up until 1986 when she and her husband emigrated to Australia.


Emmie’s old room-mate Nellie (recorded as an examination prize-winner in the examination book at Sheffield Archives) married a Canadian and went to live on a farm in Calgary but kept up correspondence with Emmie up right until she died a couple of years ago. Another of Emmie’s old nursing classmates recorded in the examination book, who also went to live in Canada, was Vera Jolly and she also continued correspondence with Emmie for the rest of her life. On Emmie’s 90th birthday, Vera sent her the following message from Canada:


“We first met as nursing students in 1937 when you joined our Class at the Royal Infirmary in Sheffield, Yorkshire. It was a renowned nursing school where we received a wonderful training and education. It was “hands on nursing” and good bedside care. We worked diligently with long hours on duty. 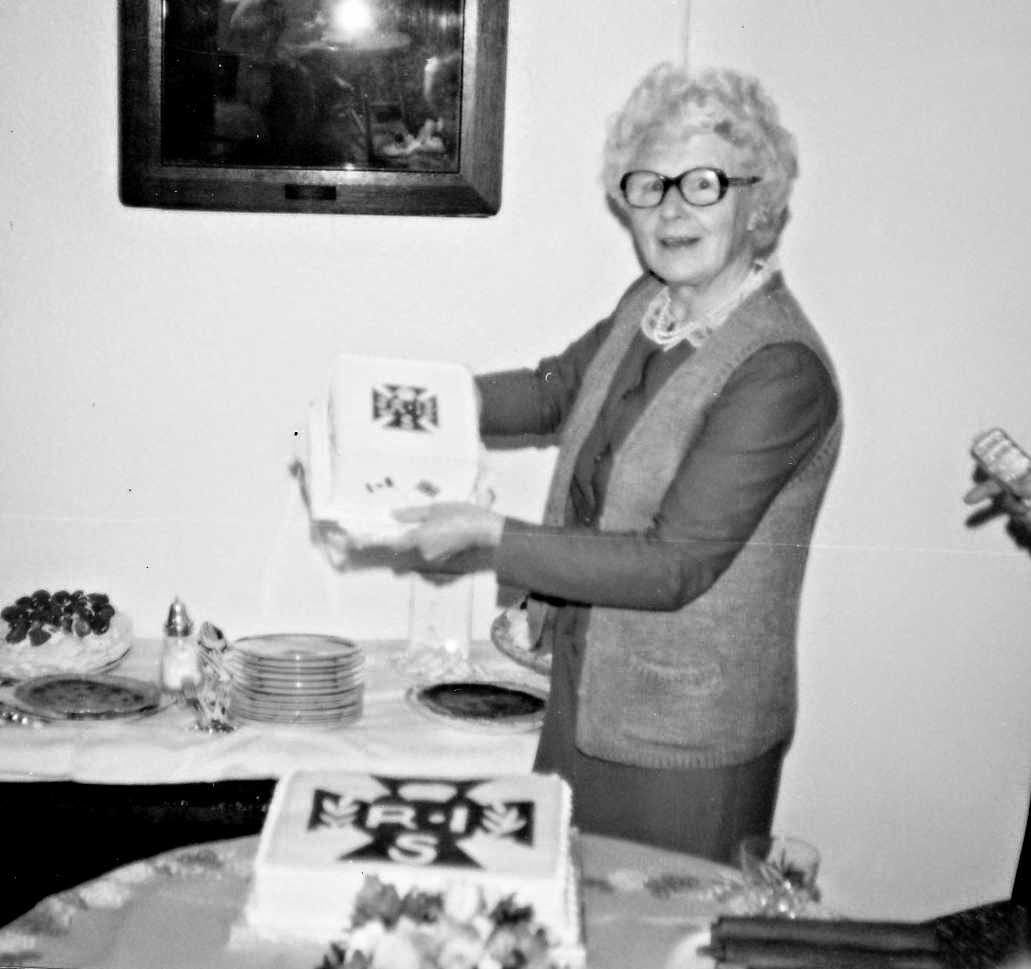 Do you remember when we were on night duty—nursing critically ill patients and being in charge of those large wards and we were only in our second year training! Say, we did mature in a hurry! I remember you as a diligent, personable and dedicated student, who was always willing to lend a hand. You had a penchant for the Operating Theatre. You were a good role-model Emmie and it’s no wonder that you were awarded the Silver Medal upon your graduation”.


Whilst the nurses’ examination book at Sheffield Archives, with its details of scores each nurse achieved and ‘Order of Merit’ ranking, might give the impression of competition between the nurses, Emmie’s experiences reveal the reality behind the names in the records: the wonderful camaraderie and lifelong friendship forged between the Royal Infirmary nurses.
Happy 100th birthday to Emmie in April!
(Pictures of Emmie and background information kindly supplied by Emmie’s daughter Susan Ball; extract from Sheffield Royal Infirmary nursing examination book - Sheffield Archives: NHS17/5/16/1)