Exploring the Archives: menu for the workhouse in Sheffield

In the fourth of our guest blogs by MA student, Sophie Maxwell, she looks at the week's menu for the poor from Sheffield Workhouse c.1750... 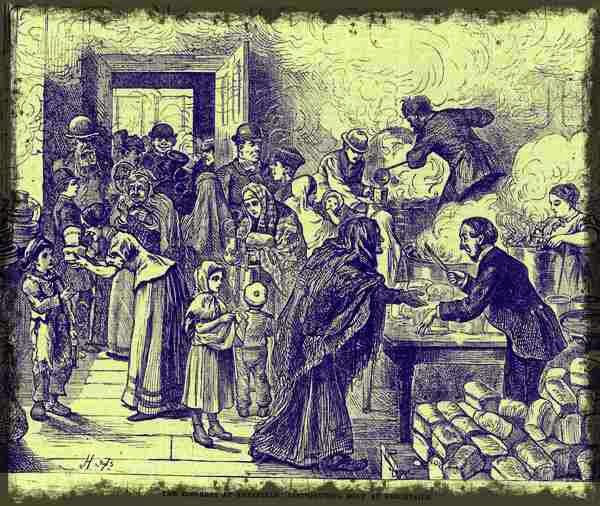 This is the fourth item in a series of blogs looking into the treasures held at Sheffield Archives and Local Studies Library. Today I’m looking at the week’s menu for the poor, from the Sheffield workhouse, c.1750. This document reveals a little about the daily life of some of Sheffield’s least well-remembered people.


We commonly think of the workhouse as a Victorian institution, home to Dickensian orphans and the elderly dispossessed. Sheffield’s first workhouse, though, was established as early as 1628 following the formative ‘Old Poor Law’ of 1601.
The Act for the Relief of the Poor, or ‘Old Poor Law’, stated that each parish was responsible for its poor and was to levy taxes accordingly from local households. The money was to be used to provide shelter and employment for those unfit to take care of themselves. 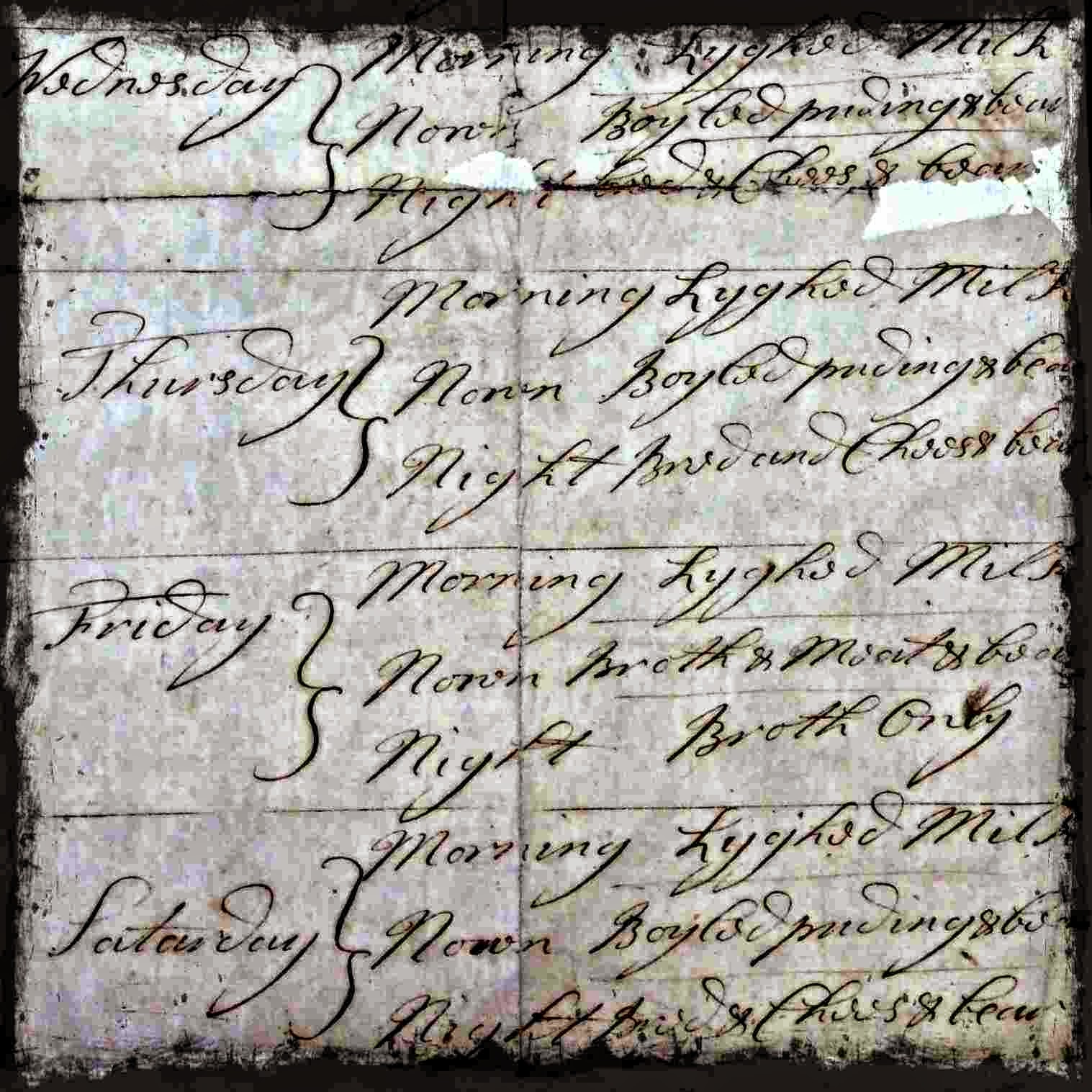 Initially, relief was to be provided in the form of small care packages, but unofficial workhouses soon began to develop around the country. These were made official, and thus improved, by the Workhouse Test Act in 1723.


Throughout their history, workhouses were places of hopelessness and extreme poverty. Their inhabitants were thus situated out of necessity, unclaimed by those on the outside. The pitiful weekly food allowance shown in this document consists only of a single small page of handwritten notes.


Looking at the menu makes me wonder why someone took the trouble to write out each day in full: the days are interchangeable, seemingly alternating, perhaps so as to give the inhabitants something approximating variation.  Lunchtime appears to offer the most substantial fare, switching between ‘boyled meat + bear’ and ‘boyled pudding + bear’, whereas morning dishes consist only of milk. The evening offers ‘bred + chees + bear’ or ‘broth only’.  This meagre list of food seems to apply only to ‘Ould people and chil[dren]’. It leads me to ask a number of questions: Were those fit for physical labour offered greater amounts of sustenance? Did those familiar with this diet have a favourite meal? Or perhaps, a meal they disliked least? What was the origin of the ‘bear’ they drank?


Towards the end of the 18th century, increasing amounts of evidence suggested that the workhouses were in dire need of reform. Sir Frederic Eden published The State of the Poor in 1797 which catalysed a backlash against the ‘Old Poor Law’ and encouraged criticism of the country’s workhouses.  A ‘New’ Poor Law was passed in 1834, giving further attention to the idea of parish responsibility and grouping parishes into Poor Law Unions, of which Sheffield housed two.