In the fifth of our guest blogs by MA student, Sophie Maxwell, she looks at pamphlets and correspondence relating to women’s suffrage... 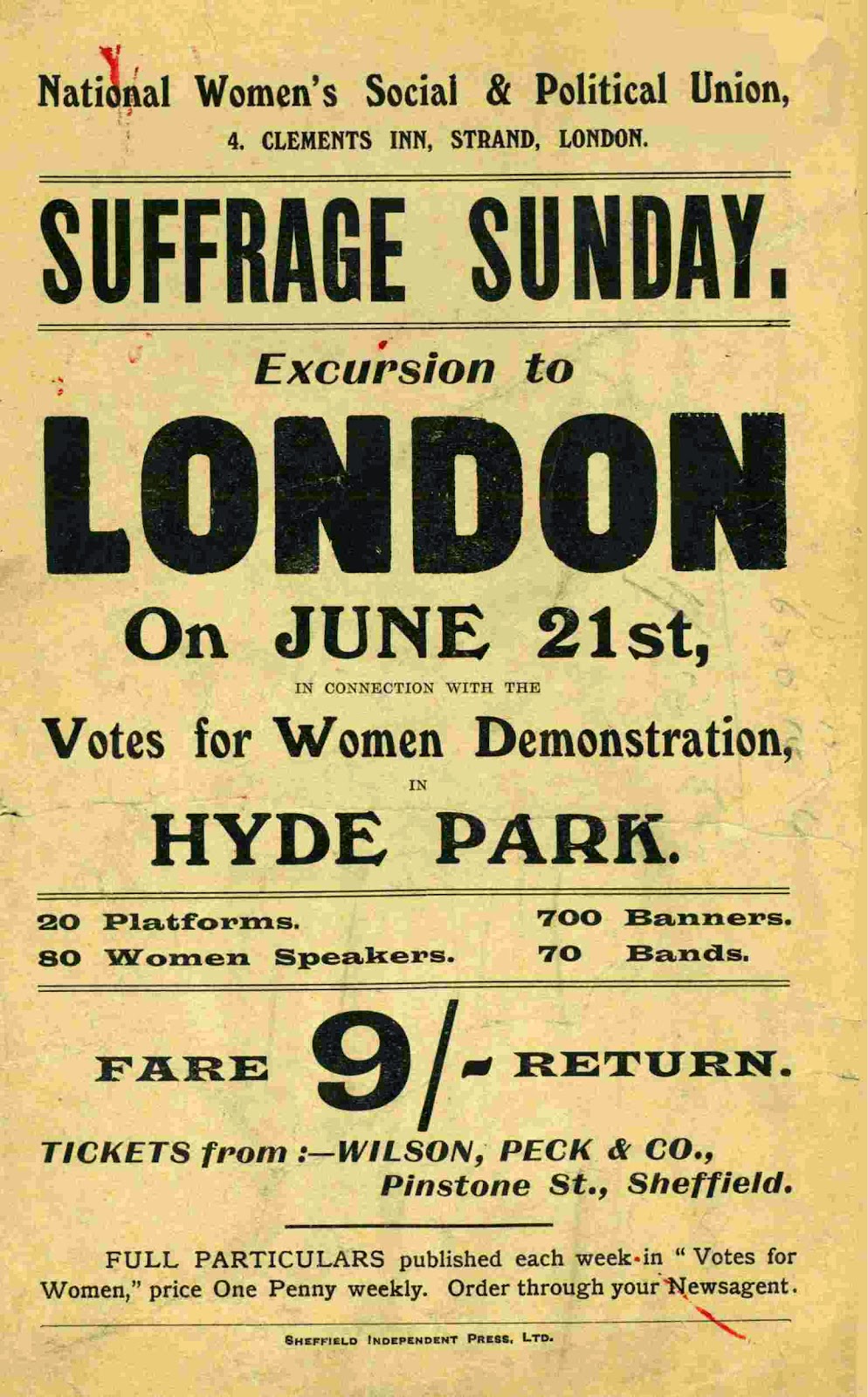 In two months, the 56th Parliament of the United Kingdom will be elected by the general public of Great Britain. Those voting will be citizens of the UK over 18 years of age, both men and women. The first Parliamentary Act to include women in the United Kingdom electoral system was passed 97 years ago, in February 1918.


Over the course of the 19th century, three major reforms of the electoral system took place, largely motivated by the effects of the Industrial Revolution on British society and public wealth. The third of these reforms was an act passed in 1884. It enfranchised 2.5 million men, doubling the number of voters in the UK.


Although the act meant only 60% of the British population had the vote, it was part of a series of liberating reforms that culminated in the enfranchisement of 8.4 million women in 1918. Sheffield Archives and the Local Studies Library hold documents relating to women’s suffrage and political action, dating from early anti-slavery campaigns right through to the mid-20th century. I selected one pamphlet from 1878 detailing the opinions of local women on women’s suffrage.


'[If] it is wished that women should be earnest, liberal-minded, cultivated and reasoning beings, rather than frivolous and mean, acting more from impulse than principle, then let them be recognised as social and political entities.'
- Miss Emily Hall, Nov 1878.


Reading these words, I immediately felt certain that this document should be included in my blog series, due to its evident relevance to our contemporary world. The opinions presented here continue to have a real and significant application in the 21st century.

Although women are now enfranchised to an extent equal to men, the issues raised by the women in the pamphlet are still applicable today, in terms of their broader ideological rationale.


‘The dormant condition of female intelligence in respect to all the great moral, social and political questions of the time is… a main cause of that narrow conservatism of ideas which stops the way to the intellectual advance of the middle classes.’
- Miss Eliza Meteyard, Nov 1878. Meteyard draws attention to the notion of ‘intellectual advance’, connecting enfranchisement to the acquisition not just of a right to vote but of a greater knowledge of ‘moral, social and political questions.’ I believe these words are worth emphasising. Our era is one of political ambiguity: remembering the value of our liberal democracy, such as it is can only encourage a more relevant and well-informed response to politics and current affairs.


You can read more about Sheffield Archives and Local Studies Library and their collections on women’s suffrage here: https://www.sheffield.gov.uk/libraries/archives-and-local-studies/research-guides/womens-suffrage.html
Sophie Maxwell