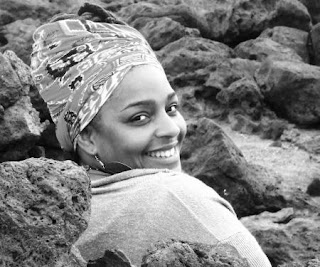 Désirée Reynolds recently joined us at Sheffield City Archives as Writer in Residence. She is exploring our vast holdings of records in a quest to uncover Black and Brown voices and the hidden lives of other marginalised peoples - those living on the periphery of society. Désirée writes about identity, the notion of home and belonging, rootlessness and invisibility - all of which are becoming recurring themes as she leafs through page after page of faded handwriting in the archives.

This is not the first time she has looked to the archives for narratives. In 2019, she wrote Born on Sunday, Silent, a powerful short story (published in ‘The Book Of Sheffield’ by Comma Press) about the unmarked grave of an African child dating from the early 1900s. The story is told by a child spirit called Kai Akosua Mansah who wanders through Sheffield’s libraries and archives uncovering her own past, searching for lost truths. As she found, Sheffield’s own archives don’t always reveal the full tale - “looking for Sheffield’s past is not easy” says Désirée, “the things that get left out tell a story all of their own.” Moreover, as one reviewer noted, one of the uncomfortable truths the story highlights is “the city’s shameful collusion in a racist and imperial past”. 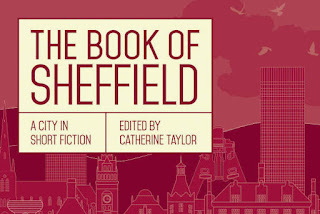 This is an important area that has come under scrutiny in recent months culminating in the Race Equality Commission which is examining the nature, extent, causes and impacts of racism and race inequality within the city. Among the many recommendations, academics have pinpointed the need for greater archival research into Sheffield’s involvement in the slave trade - the extent to which the city prospered from the trade in African slaves, an understanding of who was involved and the means by which they benefited directly or indirectly, and the amount of capital that was generated by slavery which fed into the close social networks in Sheffield.  Answers to these questions are harder to come by than in port-cities such as Liverpool or Bristol where the accrued economic benefits of slavery are well-known.

Only a few weeks ago, Désirée came across one of the most arresting documents we have found to date. Following our last project blog, local researcher Terry Howard got in touch mentioning that he’d come across a reference that might be of interest in the little-known ‘Ronksley Collection’ - an assembly of original archives and transcripts compiled by Mr J.G. Ronksley (1851-1916) of Sheffield.  Crucially, Mr Ronksley had meticulously transcribed thousands of pages of documents that were later auctioned off in the 19th century and have long-since disappeared. The transcripts survive in the archives.  Among these - a reference of great significance: 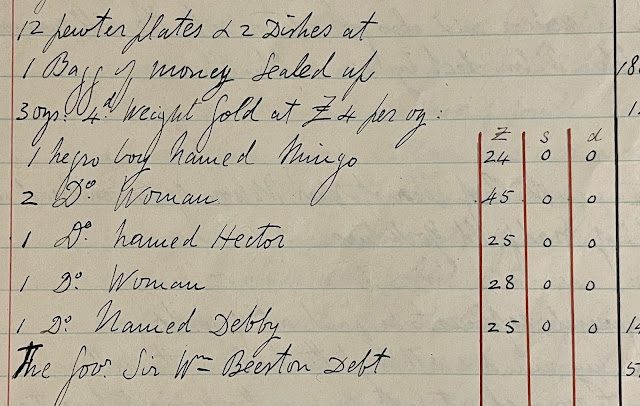 An inventory of goods of Reginald Wilson (deceased) of Broomhead Hall, Sheffield, 1694, giving the value of black slaves. Alongside French pistols and pearl necklaces, the following names are given:

“Sometimes when looking at this, as a Black creative we often have to ask ourselves, is this something that is useful?

Our history is not only slavery, but also the centuries before, why root it in this?

Why is it that these are the stories that get funded? Delivered? Written about? I get that. I get that it often feels that this is all anyone wants to engage with. I get that we are more than this. I agree.

I think about the silences. The structured absences.

I think about what it means for a writer like me to look at this. I know I may never find their real names but since these are the ones that I’ve found then this is what I have.

I need to say to these people, with names that aren’t theirs,

We must see archives as a source of reparative justice.

We were always here.”

The Wilson family were a prominent family who lived at Broomhead Hall in Bradfield - they had extensive business interests in plantations and slaves in Jamaica. Although Reginald Wilson died in 1692 (killed during an earthquake in Jamaica), the wealth accumulated from the slave trade passed down the generations. The will of John Wilson (dated 22 Jan 1762) in Sheffield Archives mentions ‘lands, tenements, plantations and hereditaments in the island of Jamaica in America’ formerly belonging to his great uncle, Reginald Wilson. And the executors of the will? Wilson’s relatives - John Trevers Younge of Sheffield, mercer and Thomas Staniforth of Liverpool, merchant (and slave trader).

Sheffield is often lauded as a centre for radical anti-slavery protest; while this is undoubtedly true, it is only part of the story. The less palatable truths are just below the surface, they’re buried in the archives, we just need to find them.

The Archives and Reparative Justice (Off The Shelf event)

Writer Désirée Reynolds and archivist Cheryl Bailey will be delivering an illustrated talk discussing Désirée's work as Writer In Residence at Sheffield Archives and the hidden voices that will inform her next book. The 'Take It To The Streets' project aims to bring the Black and marginalised voices out of the archive, provide some form of reparative justice and to bring to the public a Sheffield past that has not been looked at on this scale before.