The team from local documentary photography and film making collective ‘Archive Sheffield’ have teamed up with Sheffield City Archives to put on an evening of short films about Sheffield.


The first half of the evening will showcase contemporary work from the Archive Sheffield team.  The second half will show two favourites from the archives: ‘Books in Hand’, a film from 1956 about Sheffield Libraries, and ‘City on the Move’, the classic 1970s film about Sheffield which will be introduced by local author, Neil Anderson and the man who commissioned the film, Peter Wigley.

Occasional Sensations is the first film made by Andy Brown and Nathan Gibson. Shot over the space of a year, it follows Sheffield's longest-serving unsigned indie rock band, RepoMen, as they prepare to play the Tramlines Festival. It is a film about friendship, the passing of time, and the power of rock n' roll.

A short film by Gemma Thorpe about people who are far away from home at a pivotal time in life.  The Wanderers offers an insight to the lives of Chinese international students in Sheffield.  We meet five students: Yuan Shuai, a keen gamer, Qingqing, a devout Christian staying in a Gleadless homestay, Jack, who studies and parties hard, ambitious journalism student Zhuoer, and Nina, quietly reflecting on life as as she studies for an MA in Cultures of the British Isles.

In autumn 2013 photographer Clive Egginton entered TSL Turton, a Sheffield based factory specialising in superior quality springs for a client list that spans the globe.  The film aims to paint a portrait of life in the factory, investigating the daily lives of the men who work there and the relationships that have formed on the factory floor.


Cheryl Bailey of Sheffield City Archives will introduce the historical films and briefly outline the work of the archives. 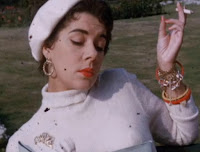 This film was commissioned by Sheffield City Council’s Libraries Committee to commemorate the 100th anniversary of Sheffield’s Public Library Authority, and the opening of Sheffield’s first public library. It was made by the Sheffield Photo Company, founded by Frank Mottershaw, an early Sheffield filmmaker. The film was premiered at the Grand Hotel in Sheffield on 31st May 1956.


City on the Move will be introduced by Neil Anderson and Peter Wigley.

A promotional film commissioned by Sheffield City Council’s first publicity officer, Peter Wigley, which documented Sheffield in its ‘boom and bust’ era with the steel industry at its forefront. City on the Move was produced and directed by Jim and Marie-Luise Coulthard for the Council in the 1970s. It depicted Sheffield as a swinging city of tourism and commerce and was later used in the opening scenes of The Full Monty.