As New Year’s Eve approaches and Sheffielders get ready to celebrate, spare a thought for the vicar of St George’s Church, Brook Hill who got very little sleep on 31 December 1867… 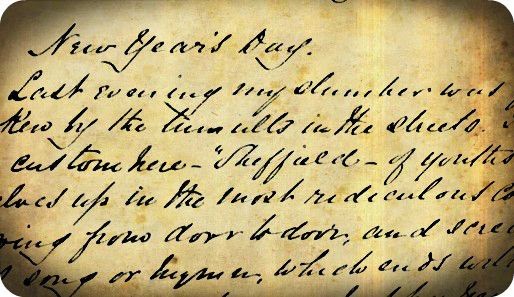 The Reverend Thomas Rigby left the parish of Parr on Merseyside in December 1867 to take up a new post in Sheffield. His diary entries over the festive season give details of his first impressions of Sheffield, including the boisterous merrymaking of New Year’s Eve in the town:
1 January 1868: ‘Last evening my slumber was frequently broken by the tumults in the streets. There seems to be a custom here – “Sheffield” – of youths dressing themselves up in the most ridiculous costume and going from door to door and screaming a kind of song or hymn, which ends with the words ‘May God send you a happy New Year’. 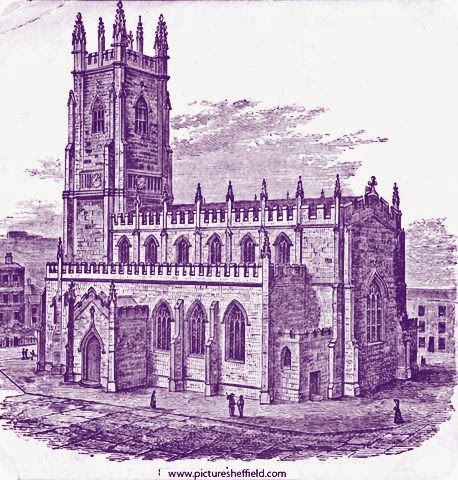 Furthermore, he added ‘…if the door be not opened, a good attempt is made to break the bell’. All this was, he concluded, ‘an intolerable nuisance’ - a far cry from the night before when he reported to be ‘much pleased with the music of a brass band and hymns sung by a well-trained choir’.
Such was the vicar's dismay at the townsfolk's revelry, he dedicated a full page in his diary to describing the night's activities!
Pictured: manuscript diary of Rev. T. Rigby, for 1868, as curate of St George’s (then a perpetual curacy of Sheffield) (Sheffield Archives: PR62); engraving of St George's Church, Brook Hill (Picture Sheffield: s04737).