Sheffield has always had a reputation for being a little bit rebellious.

We’ve cultivated one or two troublemakers over the years. From Saxon revolutionaries to radical Chartists, militant Trade Unionists to environmental campaigners.  In this season of events, blog posts, and podcasts, we’ll highlight some of these stories, many of which aren’t as well known as they should be.

We’re also teaming up with our friends across the nationwide Living Knowledge Network to bring you more events inspired by the British Library’s Unfinished Business exhibition, focussed on the ongoing fight for women’s rights.

White Supremacy: What You Need to Know

Black Lives Matter has focused attention on the impact of lived experiences of racism. But to what extent has anti-racism been incorporated into the fight for gender equality?
View recording

Did you know, the first-ever British petition for women's suffrage came from Sheffield in 1851. Dr Matthew Roberts tells their story.
View recording

Gloria Steinem has been called the ‘world’s most famous feminist’. At this special event she talks to Zeinab Badawi about her life and activism about families, relationships, ageing, work, laughter, politics and revolution.
View Recording

No Laughing Matter: Comics and Rebellion

An Evening with Dolly Parton

The anthology Resist: Stories of Uprising charts two thousand years of British resistance.  A collection of fictions and essays in which, authors, historians and activists re-imagine twenty acts of defiance. In a panel event focussed on women’s rebellion through the ages, journalist Bidisha will discuss her story Boudica’s Rising (60AD) and historical consultant Jo Blackman, and author Zoe Lambert discuss The Seeds of Hope protest (1996).
View Recording

Sheffield Libraries is an active member of The Living Knowledge Network, a UK-wide partnership of national and public libraries created by the British Library to exchange knowledge and develop memorable experiences for public library users.
Here's a selection of recordings to accompany our own upcoming Rebel Season.

David Olusoga in Conversation: Black History Matters
David Olusoga shares his personal perspective on how we memorialise, teach and write about racism, and why black British history matters.
Watch now
Young Rebels with Malorie Blackman
Former Children’s Laureate, Malorie Blackman, reflects on her writing career and how her work has been adapted into graphic fiction, plays and TV series.
Watch now
PEN Pinter Prize: Linton Kwesi Johnson
The PEN Pinter Prize was established in 2009 by the charity English PEN, which defends freedom of expression and celebrates literature.
Watch now
Jane Eyre: Gothic Rebel
Charlotte Brontë’s Jane Eyre is a classic example of defied convention. It presented a new voice, fully convinced of her defiance and standing up against adult tyranny.
Watch now
Jacqueline Wilson: Rebel Girls
Much-loved author Jacqueline Wilson talks about writing rebel girls who stand up for friendship, justice, and what they believe in.
Watch now

From our librarians, archivists and fascinating friends, join us to delve deeper into the subjects, stories and collections that we find interesting, and hope that you will too…

Listen to previous episodes online or through your favourite podcast provider.

The Art of Disruption: Chatting with Magid Magid

Magid Magid came to Sheffield from Somalia as a refugee aged five. He is the youngest and first refugee and first Green Party Lord Mayor of Sheffield, and became an MEP for the Green Party in May 2019.  His book The Art of Disruption: A Manifesto for Real Change is a guide to being courageous and community-minded, and to disrupting and dismantling age-old power structures in work, life and politics.

Earl Waltheof was the last Saxon Lord of Hallamshire, executed by William the Conquerer for this part in the Northern rebellion.  In this episode we chat with Prof John Moreland from the University of Sheffield and Dr David Clarke from Sheffield Hallam University.  We’ll look at Waltheof’s story, his place in English folklore, and the ongoing debate about the site of his Great Hall in Hallamshire.

Our guests for this episode are wife and husband team, Karrie Fransman and Jonathan Plackett.  Their new book Gender Swapped Fairy Tales imagines a world where the princesses wear shining armour and race to rescue their sleeping prince, and where kings sit by windows sewing and longing for a child. In this book, traditional stories take on a whole new dimension thanks to the unusual partnership of a computer algorithm and some very beautiful illustration.

Between late October and Christmas we'll be posting features on the main blog page detailing stories of Sheffield rebels through the ages.  We'll list them below as they appear, and link to our social media channels.  We hope you enjoy reading them.

Click the image below to download our Rebellious Sheffield Timeline showing key events that bared witness to this city’s remarkable crucible of protest, its pioneers and the struggles for equality, freedom and human rights.

The City Archives and Local Studies Library is charged with collecting and preserving the history of our city.  To help you with your own research we've produced a selection of research guides containing introductory information on a range of local history subjects, and detailing the various archive collections that you might access to delve deeper.
Listed below is a selection of Research Guides with a rebellious theme, or why not browse the full list.
Browse all titles on the City Archives webpage.

Making a Protest:
Ten political novels to challenge your views

Selected as part of BBC Novels that Shaped the World, this selection of books deals with politics, power, and protest.   Many feature characters with ideas out of step with their societies, from Atticus Finch's attitudes to class and race in To Kill A Mockingbird to Bernard Marx's dissatisfaction with the world order in Brave New World.  It's a selection to challenge and surprise.
View the list on the BBC Arts webpage 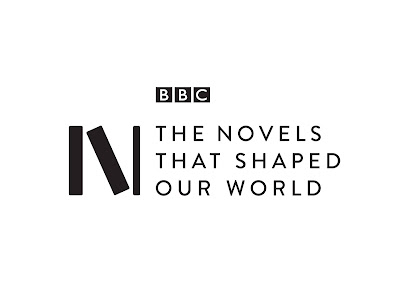