When local writer, Steve Kay, started his research at Sheffield Local Studies Library on footballer, Rab Howell, little did he know the story he was about to uncover, or the personal journey he would undertake to ensure this footballing great was rightly remembered… 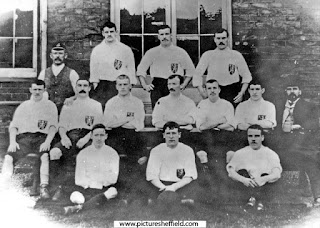 Rab Howell was born in a gypsy encampment on Knoll Green Lane in Dore, now part of Sheffield, in 1867.  His father was listed as a besom maker.  Family history passed down the generations tells how Rab’s mother’s caravan was later burnt at her funeral, a custom for a gypsy Queen.  Census and other records confirm that Selina, Rab's wife was undoubtedly a Romany.  Rab started out as a miner, and played for Ecclesfield and Rotherham Swifts before signing as a professional for Sheffield United in 1890.  Rab was a mainstay of Sheffield United during the development of what was to be the Club's best ever run and was a vital part of their English First Division winning side in 1898.  He then transferred to Liverpool where his experience was key to Tom Watson's building of their first championship winning side.  However, the reason for Rab's departure from Sheffield remained somewhat unclear...

‘What happened to Rabbi Howell, Romany footballing pioneer, has intrigued me for over 20 years’ says Steve.  ‘Sheffield United’s official history hints at a scandal of match fixing as the reason he left just before winning the title in 1898 and says that when he was transferred to Liverpool he simply hitched his caravan to his horse and crossed the Pennines. It didn’t make any sense: why would the club’s most loyal servant betray them just as he was about to achieve glory and the pinnacle of his career?  There was no evidence to support match fixing.  Then my research revealed he left behind a wife and four children, one of whom a newborn - for another woman.  Something that would have been a huge scandal at the time. A bit of genealogy later and a lot of research at the Local Studies Library and the story started to form.’ 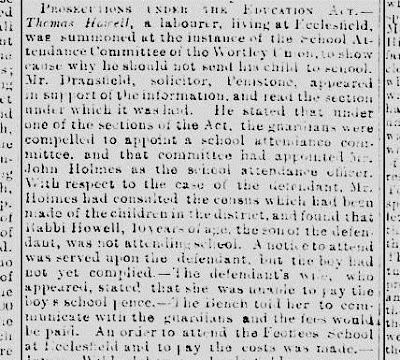 Steve spent many months poring over old newspapers, match reports, photographs and other documents at the Local Studies Library to help him piece together the story.  The outcome was his first book – The Evergreen in Red and White, the story of Rabbi Howell of Sheffield United, Preston and Liverpool, the first Romani professional and the first Romani international player.  It is a story about a man who happened to be a footballer: his loves, dilemmas, and choices as he struggles with the morals of Victorian society, class, prejudice, and an ageing body.  The book charts Rab’s final turbulent year in Sheffield.  The story is set against the backdrop of nineteenth century industrial Sheffield, atmospherically recounted using sources from both the Local Studies Library and Archives.


Rab later moved to Preston North End playing for a couple more seasons before breaking his leg during a match.  He was by this time 36 years old, but he had been at the top level of English football for 13 years, a remarkable achievement for a player back then.  He died in Preston in 1937. 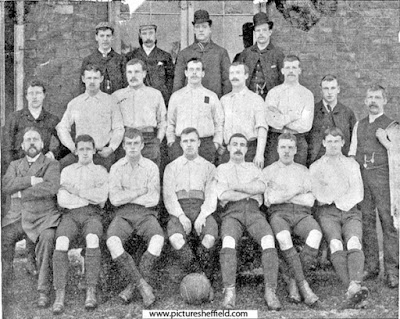 It was whilst Steve was researching the book that he got in touch with Rab's granddaughter and his great grandson, Nicholas Pomfret, in Preston.  Together they discovered where Rab was buried and that he didn't have a headstone.  ‘That was something we needed to put right,’ said Steve. ‘No one who played for England should be buried in an unmarked grave. He was a great player and should be remembered. Ricardo Andrade Quaresma, Christo Stoičkov, Gheorghe Hagi, Andrea Pirlo, Dani Güiza, Freddy Eastwood and Eric Cantona walk in Rab's footsteps.’  The campaign to get a headstone for Rabbi Howell, the first Romani professional footballer and the first Romani international, succeeded and the headstone was unveiled in November 2015.


What began as a research project at the Local Studies Library became something much bigger.  ‘Raising his profile may help underline that Romani people have a long history in Britain and have been contributing to our culture since the Middle Ages’ said Steve, and certainly his research adds to what we already know about gypsy and traveller communities in Sheffield from the earliest known reference at Sheffield Archives dating from 1595 when the Town Trustees paid the town’s watchmen 2 shillings ‘when the Gipsees were in the towne’, to the present day.


For more information on historical sources relating to gypsy and traveller communities in Sheffield see our Research Guide: https://www.sheffield.gov.uk/home/libraries-archives/access-archives-local-studies-library/research-guides/gypsy-traveller-communities.html