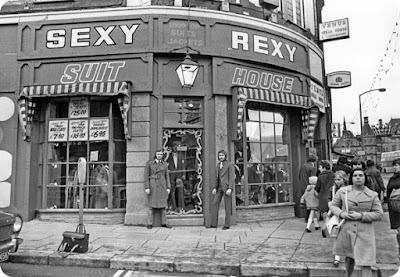 The design of clothes has historically been influenced by global trends, economic prosperity, changing social attitudes, and by the types of materials they’re made from. 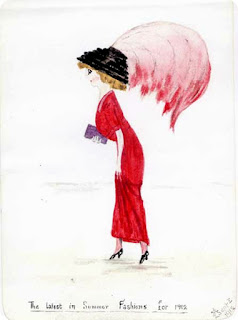 At the turn of the century it was fashionable for women to wear long skirts, corsets and yards of fabric if they could afford it.  The 1920s and 1930s saw hemlines rise and a set of couture fashion houses emerged which designed clothes that reflected the growing desire for clothes that helped people to enjoy themselves. Rationing during the Second World War and economic downturns had a radical effect on fashion during the 20th century.  Many fashion houses closed during the war as most women could not afford to buy clothes that weren’t necessities and many materials became unavailable.  The 'Make do and Mend' campaign was introduced by the government to encourage people to get as much wear as possible out of the clothes they already had. 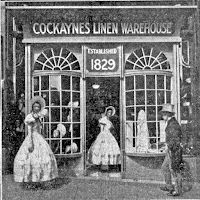 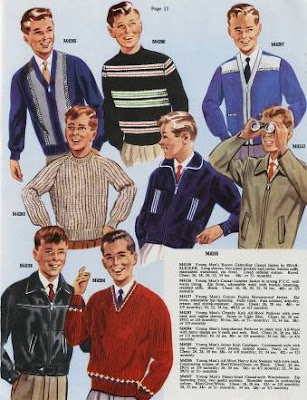 After the austerity of the war years, innovations in textile technology resulted in the manufacture of new synthetic fibres (such as nylon, polyester and acrylic) which created a consumer market for affordable, easy care clothing.  Teenagers became a force in the market as a result of music and film influences.  Fashion traditions were broken in the 1960s with the arrival of Mary Quant’s daring miniskirt.  The 1970s were characterised by flared jeans and platform boots (for both men and women) while the later years of the decade gave rise to the anti-fashion, anarchistic punk look.  Eighties fashions reflected the economic boom and were typified by power dressing, gaudy colours and conspicuous consumption while, in contrast, 1990s style became minimalist, influenced by the dress-down culture of grunge.  Meanwhile, present day styles are evidence that fashion is cyclical with the rise in popularity of real vintage and vintage-inspired clothes. 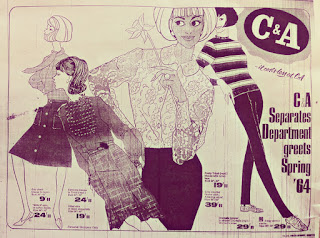 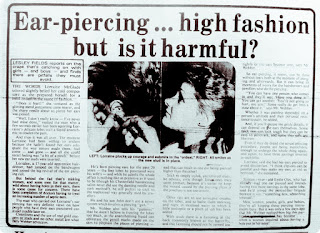 Fashion trends quickly filter down to a local level, and the sources at Sheffield Archives and Local Studies Library are full of pictures and references to Sheffield’s colourful and fashionable history.  One of the earliest references is an inventory of jewellery belonging to Bess of Hardwick in 1583 listing her ‘crose of dyamons [and] a ringe with a greate rubye’ ( Archives: MD6311/6).  Eighteenth century fashions are discussed by the Wilson family ladies of Broomhead Hall (1794) (Sheffield Archives: MD7899/5/7), while socialist campaigner Edward Carpenter set about making his own sandals, following an enlightening trip to India, during the late 19th century (Sheffield Archives: Carpenter/W/1-3). 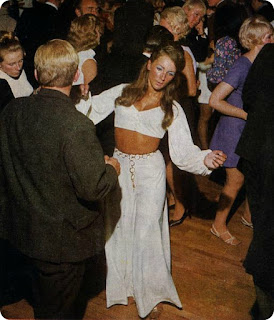 Twentieth century fashions are comprehensively documented at Sheffield Local Studies Library, with the local newspapers offering a weekly analysis of changing fashions, the latest hairstyles and the influences of the day.  History’s shocking styles are also documented, from the ‘outrageous’ New Look of the 1940s and 1950s which used copious of amounts of fabric (seen as unpatriotic after rationing), to the ‘harmful craze’ for ear piercing which swept Sheffield in the 1970s and 1980s! 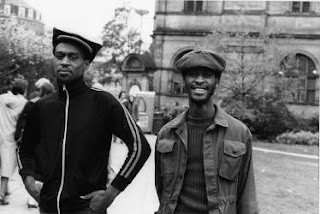 Pictured above (from top): ‘Sexy Rexy’ suit house, Charles Street, 1972;  watercolour of the latest summer fashions for 1912 by Ida Stringfellow; coat made by Painted Fabrics Ltd, 1920s; façade of Cockayne's as it would have looked in 1829; 1950s advertisements from J.G.Graves catalogue; wartime 'make do and mend' booklet; advertisement for C&A, Sheffield; Sheffield Star article on the new 'ear piercing craze', 1970s; 'City on the Move', 1970s; Peace Gardens, 1986.