The Rise of Sheffield Castle

In 1066, William, Duke of Normandy conquered England, seizing the throne from King Harold through victory at the battle of Hastings.  While in Hallamshire, the Anglo-Saxon Earl Waltheof initially retained his position as lord. This proved short-lived.  Waltheof and others were involved in a failed rebellion and he was later captured and beheaded.

Today, Waltheof is remembered in a stained glass window in Sheffield’s Cathedral and is regarded by some as a folk hero, perhaps sharing something of the rebellious spirit associated with local legend, Robin Hood. 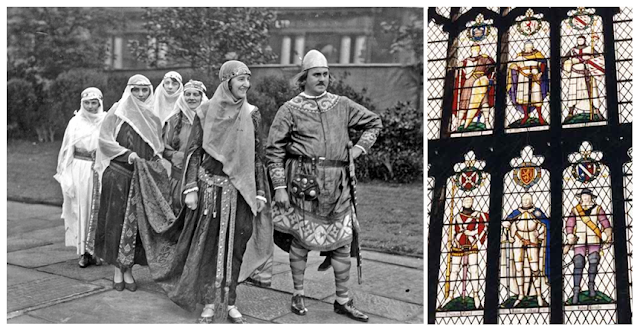 With Waltheof now gone, local control passed to Norman lords and around 1100, William de Lovetot constructed a motte and bailey castle on a natural sandstone outcrop overlooking the Rivers Don and Sheaf.  However, in 1266 the castle which had been largely built of wood, and in all likelihood, much of the town around it was destroyed during the Second Baron’s War.

With the close of war and King Henry III restored to power, in 1270 Thomas de Furnival received a royal charter to build a new castle on the same site, this time made of stone.  It was this castle that over the coming centuries would expand to become the fourth largest fortress in England and sit beside a now growing town.

In 1296 and during a time of relative stability, the third Thomas de Furnival was granted a royal charter to hold a weekly market and an annual fair.  Sheffield was on the move! 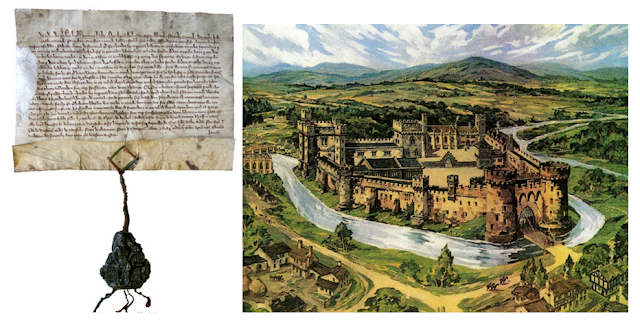 Market Charter granted by King Edward I, allowed Thomas de Furnival, Lord of Sheffield Manor to hold a market every week on a Tuesday and one fair from the Eve of Holy Trinity (dated 1296).
Oil painting by Kenneth Steel of Sheffield Castle as imagined from historical records.

Tomorrow the story of Sheffield Castle continues with the imprisonment of Mary Queen of Scots.