This year marks the 100th anniversary of the start of the First World War.  The impact of the war on Sheffield was significant: 5,000 Sheffielders are believed to have died, the city became a centre for munitions manufacture, women entered heavy industry in big numbers, and countless other lives were altered forever by the conflict.


Sheffield Archives and Local Studies Library have thousands of documents which piece together the story of the Great War in Sheffield.  Several of these are currently on display at Weston Park Museum as part of the ‘Sheffield & the First World War’ exhibition. 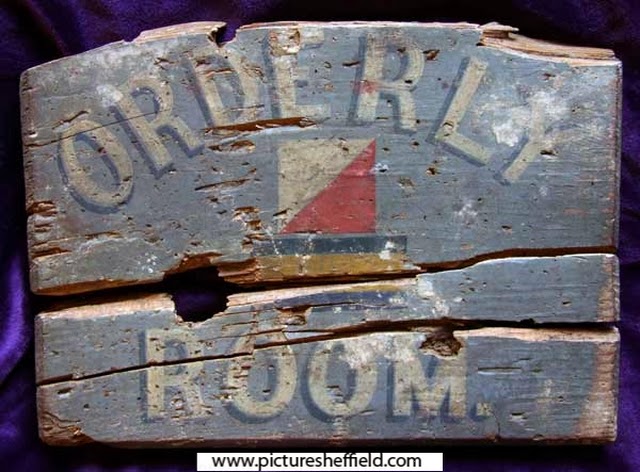 Among the items loaned is a wooden door plate with a bullet hole (pictured), brought back from the trenches by Richard Sparling of the Sheffield Pals.  This is accompanied by his army pay book and a photograph of Sheffield City Battalion on active service in 1915.  Also on loan is the original manuscript volume of ‘The Leadswinger’, the magazine of the 3rd West Riding Field Ambulance written between 1915 and 1919.  It provides a colourful and humorous insight into life in the trenches as well as reporting on some of the more sobering aspects of war.
The exhibition features a whole host of fascinating items and runs until March 2015.
For more information on Sheffield at war see: www.sheffield.gov.uk/1914-1918