Shortly before lockdown in March 2020, a diary covering the middle years of the Second World War was donated to Sheffield City Archives. It had been found among the possessions of the late Herbert Parker who worked as a crane driver at Firth Brown in Sheffield during the Second World War. Herbert had not written the diary himself and his family had little idea why it was among his personal effects... 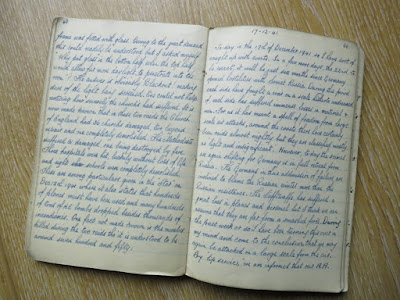 The diary writer gives a first-hand insight into wartime civilian life, including a vivid description of the Sheffield Blitz. Unusually, it is written as half letter, half diary for his six-year-old daughter to read ten years later when sixteen. Later entries are also addressed to his second daughter, born in 1942. Other than the names of his two daughters, the diary is anonymous. However, references to family events gave archives’ staff sufficient clues to identify the author. Researching cemetery registers, birth, marriage and death indexes and the 1939 Register, revealed the author to be Arthur Frederick Slinn (1906-1983) who, in 1939, lived at 116 Verdon Street and worked as a casting crane driver in a steel melting department at an unknown firm. As both men were crane drivers, perhaps Arthur also worked at Firth Brown and was friends with Herbert Parker? 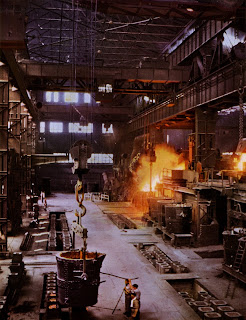 Beginning the diary on 16th September 1941, Arthur contemplates the risk that he might not survive the war to see his daughter grow up. This seems to be the motive for committing to paper his wartime experiences, observations and aspirations. His hopes and optimism for post-war society shine from the pages, a life with social security, poverty a thing of the past, no unemployment and adequate old age pensions. He is completely confident in victory over the Nazis and foresees the war ending in 1943. He writes that from the chaos of war philosophers will emerge “to build a world that befits a Civilised Age”.

Air-raids and their precautions are a recurring theme. Arthur describes frequent air raid warnings, antiaircraft guns firing at overflying aircraft and life in general under the threat of air attack, all interspersed with the touching sentiments of a father taking to his daughter. There are also comic moments, such as when on a dark night in the blackout he tripped over a sandbag and bumped into something. After hurriedly apologising, he realised that he had collided with a lamppost. 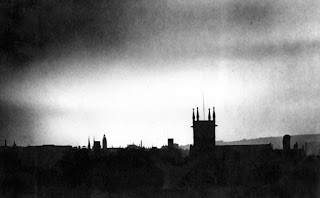 He also talks about the prohibition of things we take for granted in peace time such as newspaper weather forecasts, which could have provided enemy airmen with useful information.

Around 25 retrospectively written pages, describe the two Sheffield Blitz raids in December 1940 and their aftermath. Arthur’s family were mainly affected by the first night, Thursday 12th December 1940, when he sheltered in the cellar with his wife and daughter. He feared an incendiary bomb might land on the house and start a fire trapping them in the cellar. So, in between blasts from high explosive bombs, he repeatedly left the relative safety of the cellar to check the upstairs floors and make sure the house was not on fire. At one point, a loud thud announced the arrival of an incendiary bomb which burnt fiercely on the rear doorstep, lighting the whole garden. With some difficulty, he extinguished it with shovelled earth. 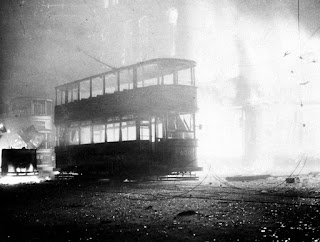 Arthur describes the whistle of falling bombs, some of which failed to explode and expresses admiration for bomb disposal crews who would later have to deal with them. In 1985 an unexploded 1000kg bomb dropped the same night was unearthed during drainage work at Lancing Road and is now displayed at Kelham Island Museum.

Just before the war, Arthur joined his works AFS (Auxiliary Fire Service); for this critical role he received only one hour’s training! Later he also enrolled in the Supplementary Fire Brigade, organised by the Chief Constable of Sheffield, but he complains it was poorly organised and lacked equipment. 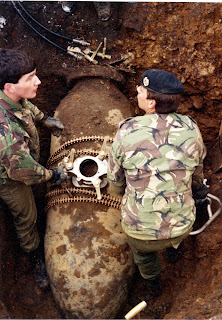 As the war progressed, Arthur received more specialised fire training some of which he describes in detail. Although Arthur’s daughters may have had little interest in operating a Light Trailer Pump or the design of building sprinkler systems, his technical descriptions provide a unique insight into the wartime volunteer firefighter’s role.

On 26th February 1943, Arthur comments that, “life today is fairly tolerable”. Although plain, food was nutritionally balanced and by no means in short supply. For children, a points system was used to ensure a fair share of chocolates and sweets.

As the war progressed and the threat of air raids diminished, Arthur missed the thrills of the air raids even commenting that, “Some-how it ain't the same war without them.” He clearly wished for a more active part in the war and during 1943 had volunteered for the RAF but was rejected owing to poor eyesight.

The last entry is dated 27th September 1943, as the allies advanced through Italy, but with D-Day still eight months away. By this time, a second daughter had arrived, and she too features in entries. Perhaps by this time Arthur felt more confident of survival and no longer needed to record his thoughts and experiences.

Whether either of Arthur’s daughters read the diary or even knew of its existence is a mystery. Had he given the diary to Herbert Parker for safe keeping and, for whatever reason, never retrieved it? In later life, Arthur and his wife moved to Kent where he died in 1983. 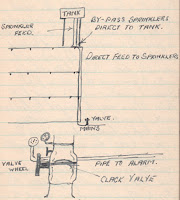 Sheffield City Archives would like to hear from anyone with information about the Slinn family or the diary.