The Sheffield Football Rules of 1858

This October is the 160th Anniversary of the 1858 Sheffield Football Rules.  To mark the occasion we have invited football historian Martin Westby to shine a light on this important moment in football history.

If you would like to discover more about Sheffield's unique footballing history, drop in to our Sheffield Football Treasures Revealed event on Thursday 25th October at Sheffield Central Library.

A year after Sheffield FC had been founded, the club members felt a need to produce a set of rules to play by and in October 1858 this process began. This proved to be a hugely important milestone in the history of Association football. 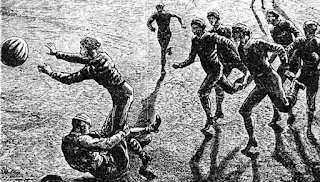 For only the third time in history, a football club decided to write itself some rules to play by, following in the footsteps of John Hope’s Foot-Ball Club (1833) and Surrey FC (1849). What sets the Sheffield Rules of 1858 apart is that they would go on to influence the evolution of the modern game. This moment is a full five years before the London Football Association would begin its bad-tempered debate at the Freemason’s Tavern in 1863 to devise a set of universal footballing laws.

What follows is from a Sheffield FC club manuscript written in 1907:

“After season 1857-8 the Hon. Sec. Nathaniel Creswick and committee drew up printed rules, regulations and laws for the club, and from these is to be seen that game was half rugby and half association.”

The process for creating the 1858 Sheffield Rules began with a copy letter by Nathaniel Creswick dated 9th October 1858, calling a meeting of the club at his office ‘on Thursday next 7 O’ Clock’. The minutes of that meeting included the resolution that ‘the following Rules & Laws be submitted to a meeting of the Members to be held at 6 O’ Clock on Thursday next the 28 inst. at the Adelphi Hotel’. These included a draft of four club rules, minutes of a meeting on 14 October appointing club officers and committee signed by the President Frederick Ward. It is not known where these later meetings took place, but it is likely they were held at Park House.

The first draft of the rules from 14th October were written down by Nathaniel Creswick:


The next item in the club archive is the minutes of a committee meeting held on the 21st October with drafts of nine club rules and the ‘First draft of the Laws of the Game, with 12 Laws’ which had been extensively revised in pen and pencil by Nathaniel Creswick. We can see by comparing the two drafts that the committee was strongly opposed to hacking and tripping but were not averse to pushing. Use of hands was acceptable to push or knock it were permitted but holding of the ball (except when fielding a fair catch) was against the rules. These rules clearly favour the dribbling game and legislate against a rugby-type game.


Finally, in the archives we see the minutes of a meeting from 28th October passing the above rules and laws, which included even more revisions. This final seminal meeting was held at the Adelphi hotel, which was demolished in the 1970s to make way for the Crucible Theatre. 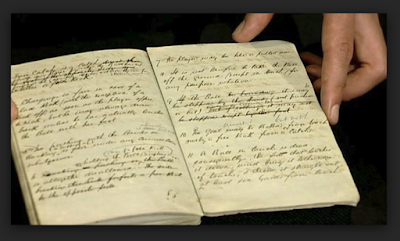 Before the rules were handed over to Pawson and Brailsford of the High Street to print in 1859, an official ‘Rules, Regulations, & Laws of the Sheffield Foot-ball Club’ some further restructuring ensued, and the twelve laws were reduced to eleven. Original laws 6 and 9 were removed and replaced by a new law: ‘The Ball may be pushed or hit with the hand, but holding the Ball (except in the case of a free kick) is altogether disallowed.

Sheffield football can be further credited with the following rule innovations:

Martin Westby is the author of A History of Sheffield Football 1857-1889: Speed, Science and Bottom. 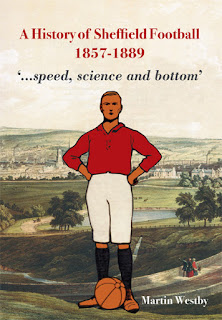 The book was recently fully revised and updated throughout with 28 extra pages, 20 new images and a new fold out map. Celebrating the 160th anniversary of the 1858 Sheffield Rules and the fact that Sheffield is the Home of Football.