June is Pride month, and although we may not be able to march or party together this year, we've put our heads together to bring you a range of online Pride delights!
Once again we are working with our pals at Lambeth Libraries to provide a programme of events for all ages. 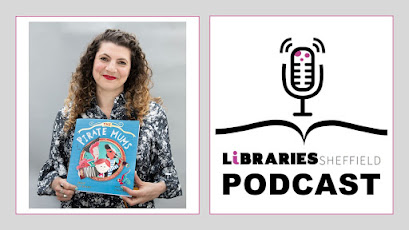 Episode released on 3 June. Listen on Apple, Spotify, and other podcast platforms, or through the Sheffield Libraries Anchor page.
Join us as we chat with debut author Jodie Lancet-Grant about her brand-new picture book Pirate Mums, a firm favourite here at Sheffield Libraries! 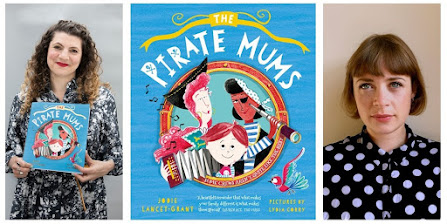 Episode released on 3 June on our Youtube channel.
Billy’s family is not what you’d call ordinary. His mums won’t listen to NORMAL music. They love to sing sea shanties and dance jigs in the lounge. Their clothes are highly unusual, they have a rude parrot for a pet, and their taste in house design is, well… FISHY. Billy wishes his family could be more like everyone else’s. Until a swashbuckling adventure changes everything!
A special Pride storytime, read by author Jodie Lancet-Grant and with a rainbow bunting craft activity from illustrator Lydia Corry!

Quiz: Queer through the Decades 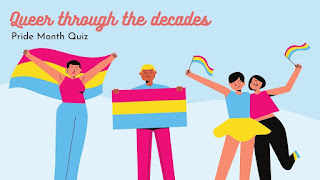 15 June from 7pm
Delivered through Zoom
Book online through Lambeth's Eventbrite page
Do you know your swinging Sixties from your naughty Noughties? Pit your wits against other teams in our trip through the past six decades of queer trivia! With your fabulous hosts Colette from Lambeth Libraries and Suzie from Sheffield Archives.

Nen and the Lonely Fisherman storytime

Episode released on 17 June on our Youtube channel.
Far out to sea and deep below the whispering waves lives a merman called Nen. Nen spends his days exploring his underwater kingdom, but something is missing: his heart is empty. So, Nen ventures to the forbidden world above and it is here that he meets Ernest, a lonely fisherman. But can two people from different worlds be together and what will happen when a terrifying storm gathers?
Another of our favourite new children's books! Join us for this special Pride storytime, read by author Ian Eagleton and with a merman tail craft activity from illustrator James Mayhew! 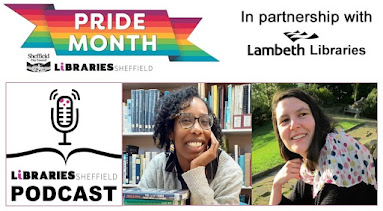 Episode released on 30 June.
Former Carnegie & Kate Greenaway judges Zoey Dixon (Lambeth Libraries) and Liz Chapman (Sheffield Libraries) chat about the best new LGBTQ+ books for children and young people. (Queer pirates may also feature.)
Watch the webinar on our Youtube channel
Or listen to the podcast on Apple, Spotify, and other platforms, or through the Sheffield Libraries Anchor page.

The Year Without Pride

Tuesday 29th June 2021,
7.30 pm
Book Now
As we face another 'year without Pride', join us for a special screening of The Year Without Pride?, a film from Sheffield's very own E.D.E.N. Productions. Followed by a Q&A.

On a Queer Theme: And the Winner Is...

Queer History Through the Archives with Sheffield & Lambeth Libraries

Join Suzie Wright of Sheffield Archives and Jon Newman of Lambeth Archives
as they explore some of their collection highlights that offer insights into local
LGBTQ+ history, and discuss ways to better collect such materials for the future.
Listen to the Podcast
Watch the Full Video Recording

The Glamour Boys by Chris Bryant 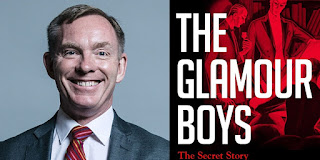 In the early 1930s, a group of young, queer British MPs visited Berlin on a series of trips that would change the course of the Second World War. Having witnessed the Nazis' brutality first-hand, these men were some of the first to warn Britain about Hitler. At a time when even the suggestion of homosexuality could land you in prison, the bravery these men were forced to show in their personal lives gave them extraordinary courage in public. Join author Chris Bryant to discuss his latest best-selling book The Glamour Boys.

Watch the event recording over at the Lambeth Libraries Facebook page

Skin: It Takes Blood and Guts 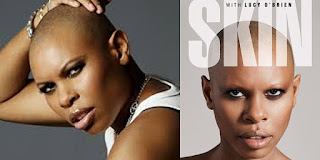 Lead singer of multi-million-selling rock band Skunk Anansie, solo artist, LGBTQ+ activist and all around trail blazer – Skin is a global icon, and she has been smashing stereotypes for over twenty-five years. Her journey from Brixton to one of the most influential women in British rock is nothing short of extraordinary. Her success has been ground-breaking in every way, which has come at a personal cost. She has always been vocal about social and cultural issues and was championing LGBTQ+ rights at a time when few artists were out and gay.
Watch the event recording over at the Lambeth Libraries Facebook page

Former Carnegie & Kate Greenaway Prize judges Liz Chapman and Zoey Dixon chat about the best LGBTQ+ interest books aimed at children and young people. Check out the first episode of our queer kidlit podcast – available on Apple, Spotify, and other platforms, or through the Sheffield Libraries Anchor page. 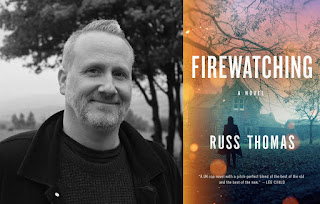 Russ is the author of crime-thrillers Firewatching and the brand-new Nighthawking, published in April 2021. Protagonist, Detective Sergeant Adam Tyler is a maverick new detective desperate to kickstart his stagnating career. He also happens to be gay, a rare occurrence in bestselling crime fiction.
Listen to the podcast on Apple, Spotify, and other platforms, or through the Sheffield Libraries Anchor page.
LGBTQ+ Listchallenges
Why not try one of our LGBTQ+ listchallenges this Pride month? See how many you've read, pick up a classic you've always meant to read, or find some new titles or authors to inspire you! And if you're on Twitter, follow @SheffLibraries and join the conversation by letting us know which LGBTQ+ books you are reading!